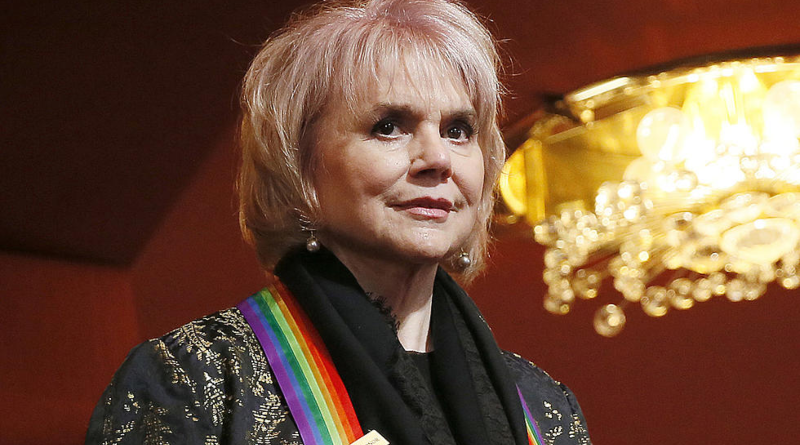 Also Catch the CNN Documentary Linda Ronstadt: The Sound of My Voice Currently on Demand And Available on DVD and Blue Ray

The Kennedy Center Honors were established in 1977 to “chart the international standard of excellence set by America’s artists, (some of which include Actor/Director Clint Eastwood, Singer/Performer Tina Turner and Opera Singer Jessye Norman), as well as the aesthetic inspiration provided by artists of other nations who have achieved prominence on these shores”, like Led Zeppelin, Paul McCartney and The Who.  It’s the concluding and main event of an invitation-only weekend-long event, which includes in order, the Chairman’s luncheon, the State Department dinner, White House reception, and finally the Honors event and supper.

Honorees are recommended by both the Special Advisory Committee of the Kennedy Center and the general public. Then, based on their contributions to the arts (music, theater, motion picture, television, dance and opera), the five honorees of the year are selected by the Executive Committee of the Board of Trustees.

Ronstadt often referred to as “The First Lady of Rock” is one of the most remarkable female icons in American music history.  She emerged professionally out of the 1960’s California rock scene, singing with the trio The Stone Poneys, then as a solo artist.

Seamlessly Ronstadt combined folk, county, pop and rock music, creating a unique sound, which fit her beautifully bold and distinct voice. She created a slew of hit songs, i.e., Different Drum, You’re No Good, Blue Bayou and I Can’t Help It (If I’m Still in Love with You) among many. She released over 30 studio albums and 15 compilation or greatest hits albums. She then Ronstadt would also go on to experiment with opera and jazz in her music. In 1981 she auditioned and landed the lead of Mabel in The Pirates of Penzance for which she received a Tony nomination

After twenty years of establishing herself musically Ronstadt, honoring her Mexican heritage released her first Mariachi record, Canciones de Mi Padre (Songs of my Father). The highest selling non-English album in American history. For this record, Ronstadt would go on to win the 1988 Grammy for Best Mexican-American Performance and eventually the 2011 Latin Grammy Lifetime Achievement Award.

Ronstadt retired from singing in 2011. Later in 2013, she revealed while promoting her book Simple Dreams: A Musical Memoir, is unable to sing due to Parkinson’s Disease. Since then, she has been recognized with a diversity of honors:

2014: Inducted into the Rock N Roll Hall of Fame

2014: Awarded the National Medal of Arts and Humanities by President Barack Obama.