In honor of HorrorBuzz’s special screening of A24’s Hereditary, I’d like to take a look at 10 other Sundance horror favorites that have shaped the boundaries of 21st century horror. 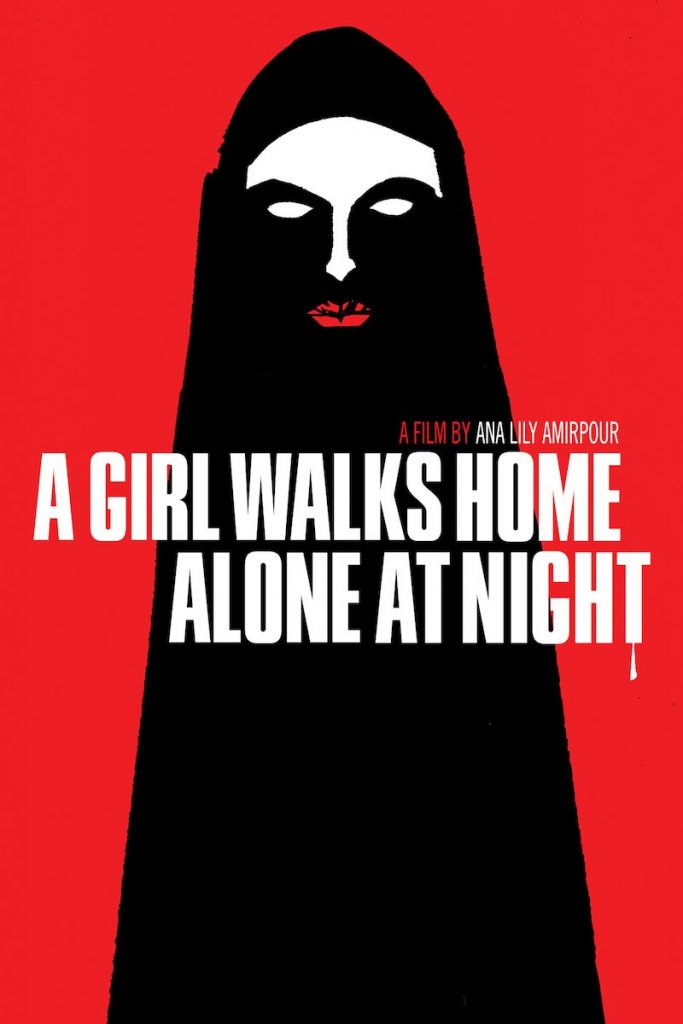 Described as “The First Iranian Vampire Western”, this film takes an unorthodox look (with a hint of David Lynch) at the vampire love story. A young man falls in love with a mysterious woman, who turns out to be a skateboarding vampire that preys on men who disrespect women. Slow building and atmospheric, this movie makes limited use of dialogue and offers subtle social commentary, qualities that add to the strength and eeriness of its visuals. 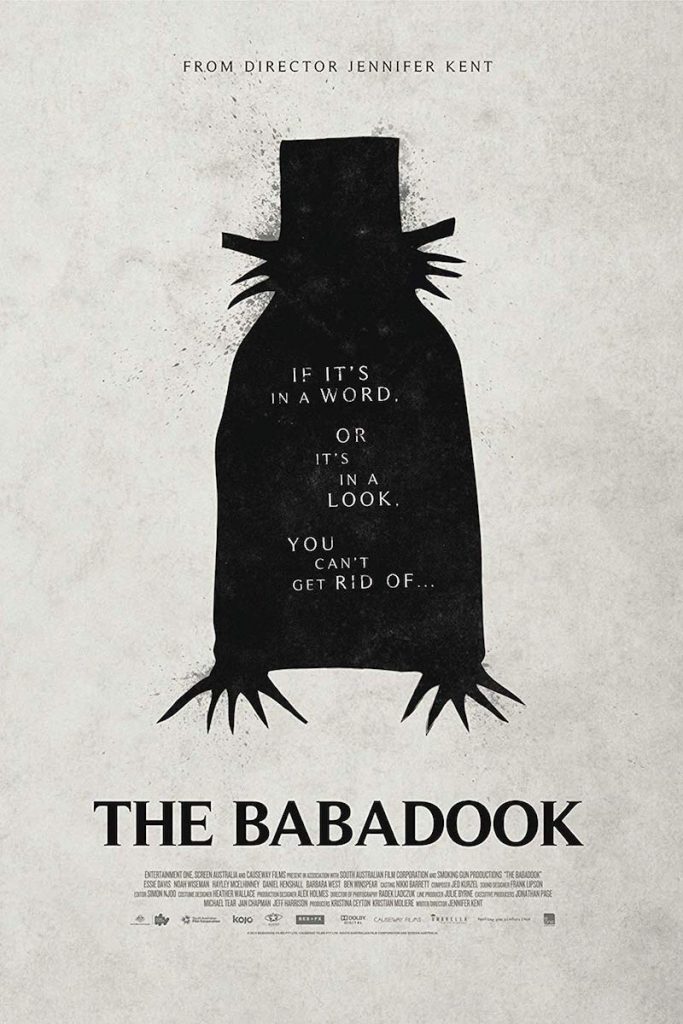 Combining strong influences from German Expressionism with the heavy emotions associated with grief, The Babadook creates an unsettling black hole of frenzy. A grieving widowed single mother and her son face an evil deity from a creepy story book, taking over their home and life. The intertwining of the emotional trauma and the supernatural is so tightly wound that it’s difficult to tell what’s real, keeping you on edge. 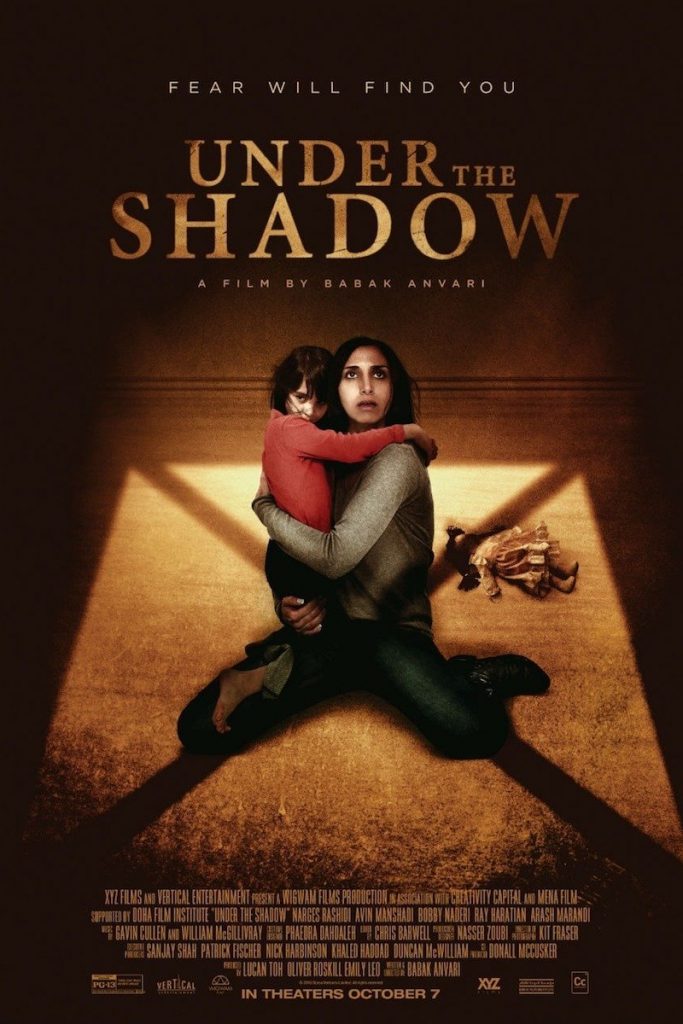 A hauntingly creative film, Under the Shadow mixes traditional Middle Eastern folklore, cultural pressures and the social consequences of modern warfare. In 1988 Iran, a mother and young daughter face the terror of the Iran-Iraq war and evil spirits in their home after a missile crashes through their roof but doesn’t detonate. It’s a unique perspective of a society struggling between its old ways and modern cultural evolution. 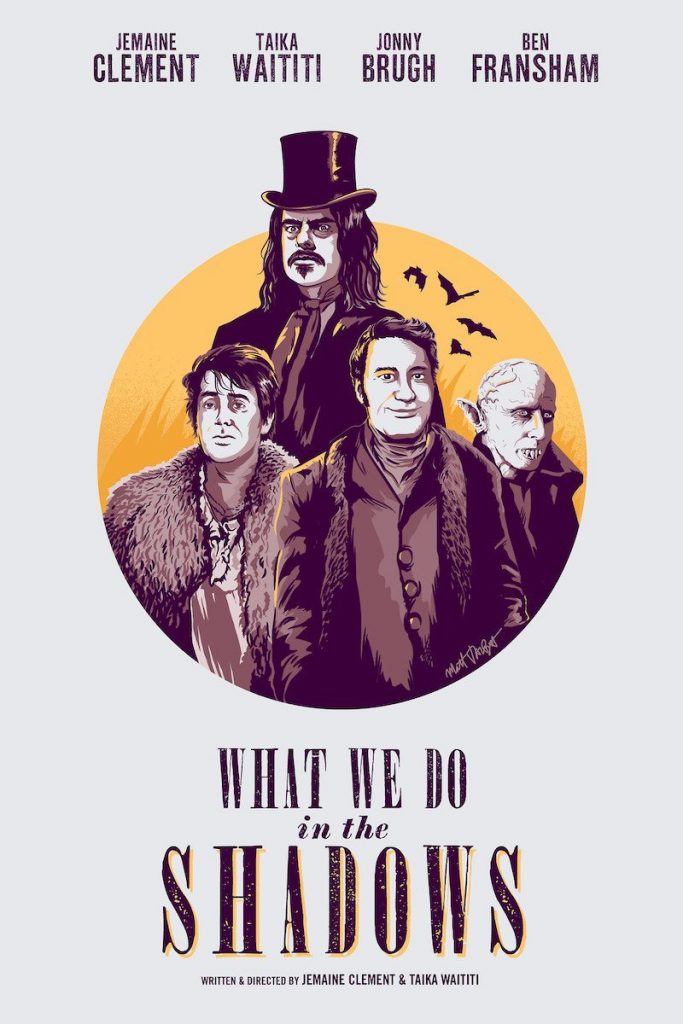 This quirky horror comedy takes a This is Spinal Tap-style approach to present vampires in a new light. Four vampire flatmates of various ages are filmed by a documentary team, showing their daily struggle as roommates while also trying to adapt to the modern world. A hilarious reinvention of the vampire story, horror fans will be sure to enjoy What We Do in the Shadows. 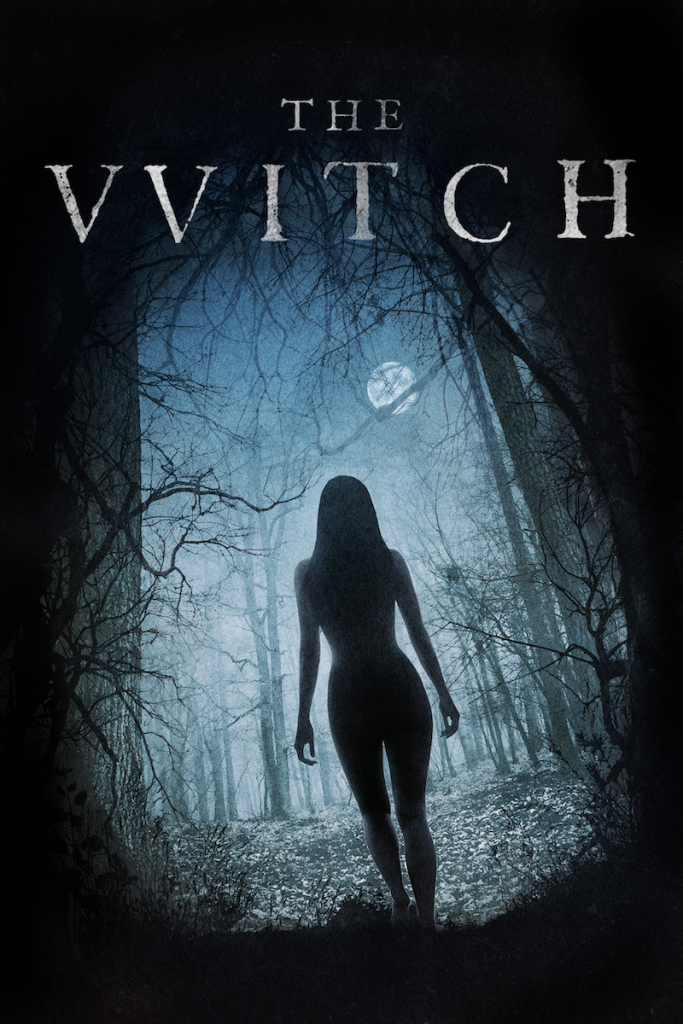 The directorial debut of Robert Eggers, The Witch utilizes imagery, sound, and deep attention to detail to create a distinctly sensory horror experience. In the 1600s, a farmer and his family go to live in the dreary New England woods where they face fear, paranoia, and the evil lurking in the neighboring trees. Divisive and horrifying, it will leave you with chills long after it ends. 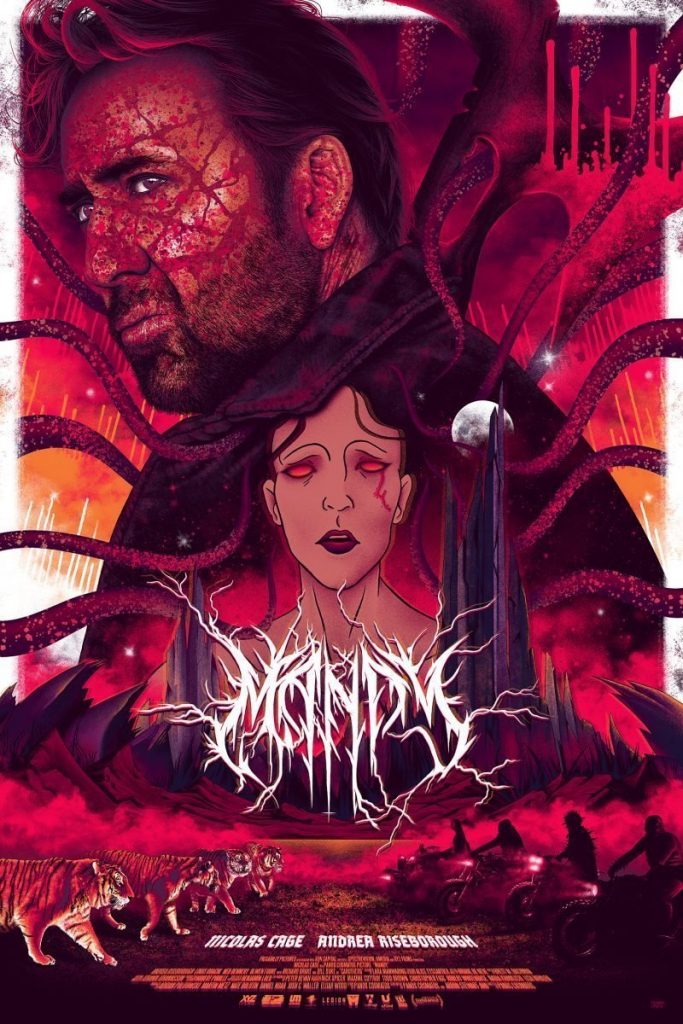 One of the best roles of Nicolas Cage’s recent film career, Mandy is wild even by the standards of Cage’s filmography. When Red’s girlfriend Mandy is kidnapped and killed by a sadistic cult, he goes on a bloody rampage to defeat the cultists and avenge her name. A psychedelic horror film that seamlessly combines a multitude of genres, Mandy is unlike anything else in film today. 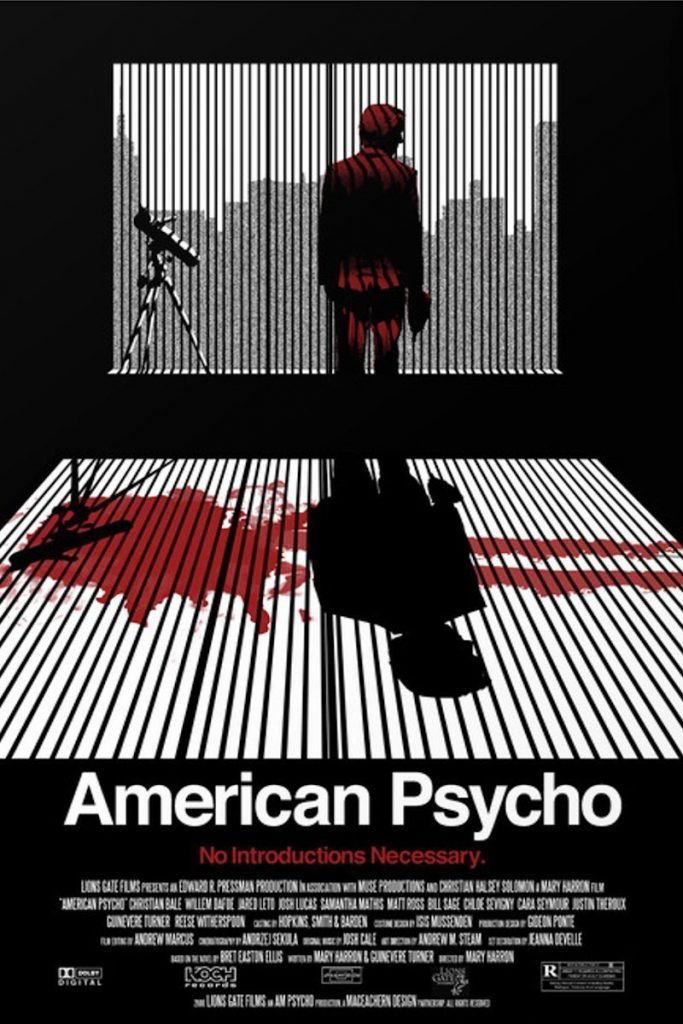 Based on the controversial novel of the same name, American Psycho is bitingly critical of the 1980s yuppie culture. Wall Street yuppie Patrick Bateman, is obsessed with everything being perfect, a goal that is hindered by the psychotic murderous outbursts he has from time to time. Surprisingly, it was adapted into a popular and well-reviewed musical that ran in London and Broadway. 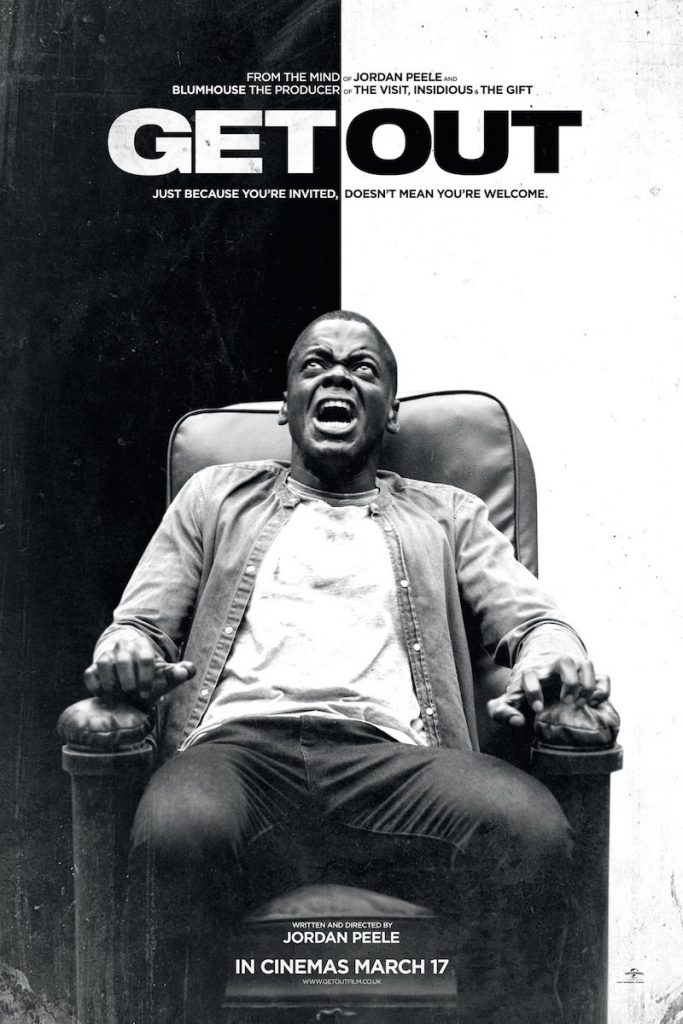 Comedian Jordan Peele’s directorial debut in horror, Get Out kicked off a new wave of ethnic-focused horror. Chris, a black man, goes to meet his white girlfriend’s family only to be unknowingly dragged into horrific, racially-motivated exploitations beyond his wildest nightmare. Filled with symbolism and metaphors for racism, Get Out is an insightful commentary on the state of race relations in America today. 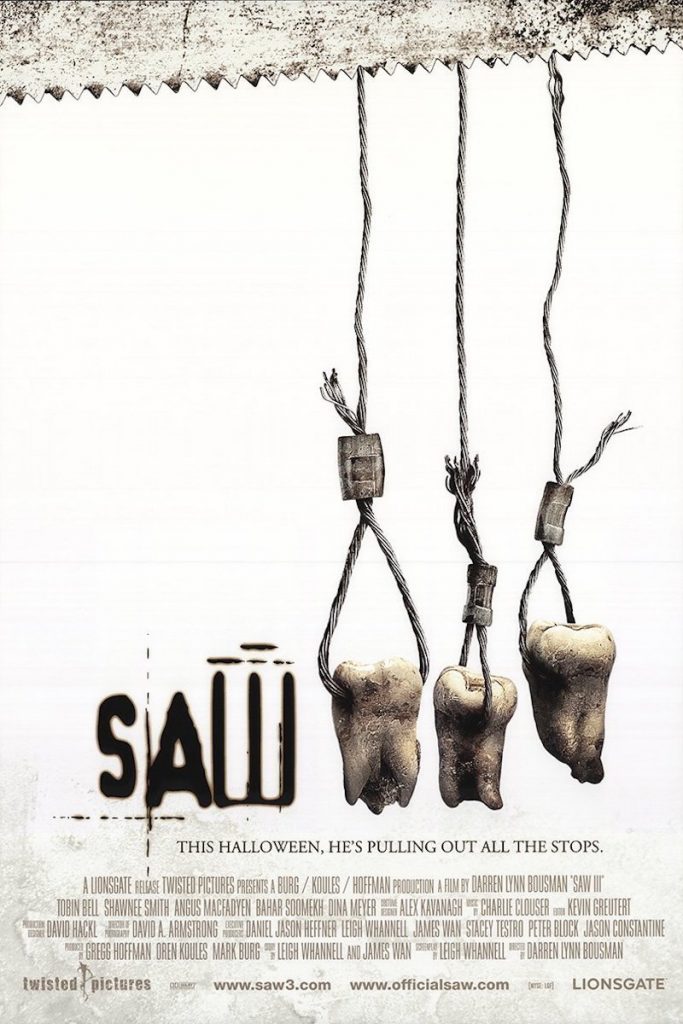 The first feature film of director James Wan, Saw ignited a long-running franchise and created Jigsaw, one of modern horror’s most popular villains. Jigsaw imprisons two strangers, with the two awakening to find themselves pawns in his twisted game of death. A film known for its disturbingly unique death traps, it has become a part of horror pop culture like its predecessors Halloween and Nightmare on Elm Street. 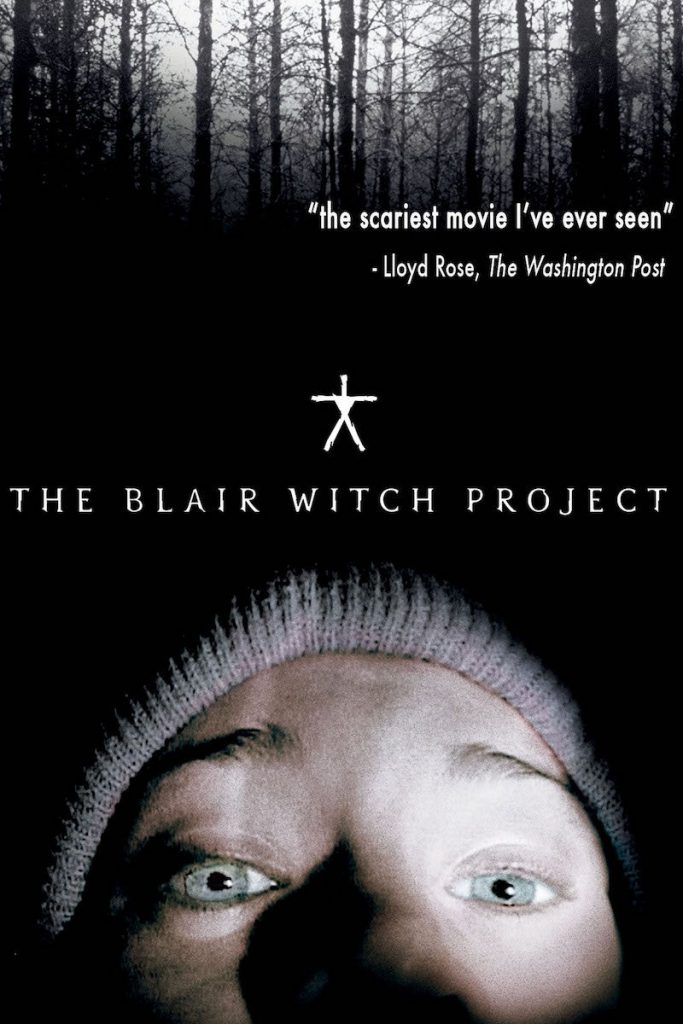 Without a doubt, the impact of The Blair Witch Project on horror cinema was nothing short of a revolution. Told through found video footage, three students explore the urban legend of the Blair Witch in the woods until they lose their map and become victim to the eeriness around them. Due to the disturbing simplicity of the film, many were convinced that it was a real documentary. One of the most significant films of modern horror, its influence can still be seen in movies over twenty years later.