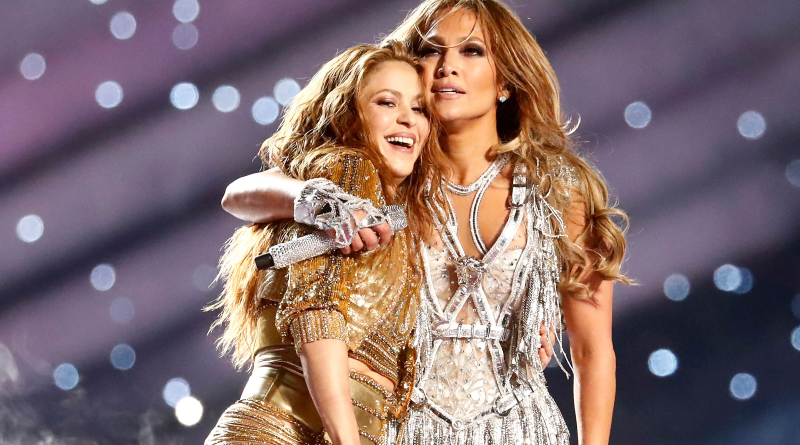 This year’s Super Bowl was notable for many firsts. For the first time in Super Bowl history, all halftime headliners and national anthem singer, where Latinas.

Kicking off this groundbreaking Super Bowl was Demi Lovato profoundly and beautifully singing the national anthem. Taking it to the next level, Shakira and Jennifer Lopez (J.Lo)’s electrifying Super Bowl halftime performance highlighted the best of Latino culture and talent, with the musical support of Bad Bunny and J Balvin. The performance also included the music debut of J.Lo and singer Marc Anthony’s daughter Emme Muñiz.

Since 1967, only three Latinas have sung the National Anthem for the Super Bowl. Mariah Carey was the first Latina National Anthem performer in 1992. Followed by Christina Aguilera and Demi Lovato. However, the first Latina singer to perform as a featured talent for a Super Bowl was Vikki Carr, during the opening ceremonies in 1977. Due to the national anthem not being sung that year, Carr instead sang America the Beautiful. She paved the way for future featured Latina and Latino Super Bowl performers.

Throughout Super Bowl halftime show history, only 14 Latino performers have been headliners or noted featured talent, within 8 halftime performances.

While both Shakira and J.Lo each brought their own flavor and sparkle to their performances, each made strong statements. Shakira’s performance emphasized Latino multiculturalism, while J.Lo’s performance was political.

Shakira: Diversity Within the Latino Community

When many people think of Latino culture in America, they tend to think of Mexican culture, due to Mexicans being the largest of the U.S. population at 66% with the 2nd largest group, Puerto Rican coming in at a distant 9.5%  of the population.  However, Latino culture is extremely diverse stretching over a multitude of countries and territories, especially in the Americas and the Caribbean. Its heavily and continually impacted by immigration, multi-racial, multi-ethnic and multi-religious influences.

Shakira who is from Colombia, identifies as a half-Colombian and half-Lebanese Latina. During her performance she belly danced and used the Zaghrouta (a high-pitch tongue call to express strong emotions, partially joy). She also used African based rhythms and dancing in her performances.

Arabs and Africans have lived in Latin America for centuries, as a result of the Spanish and Portuguese colonization of the 15th century. Their influences are deep-rooted in Latino culture, including music. Arab rhythms can be heard in flamenco, while African rhythms can be heard in Rumba and Conga. Shakira’s entire performance challenges how singular Latino culture is perceived in America, proving its vast diversity.

J-Lo opened her performance with a bang, with her signature dancing style and singing her biggest hits. Her performance was peppered with strong political statements about current immigration policy, Latino American Identity and Puerto Rico.

As her daughter Emme made her singing debut on television, she and other children were first seen round glowing cages, along with red lights behind the stage mincing the look of a chain-link fence. These images artistically symbolize the inhumane immigration policy of child imprisonment and separation from parents. Tragically, these separations have led to severe psychological trauma in the children taken from their families. Adding insult to injury, many of these children will end up in foster care and never be reunited with their families, due to the incompetence of ICE’s organizational and documentation abilities.

All of the children on stage, were wearing white (a color associated with innocence), with bedazed American flags on their tops. J.Lo joined Emma on stage singing the chorus of Bruce Springsteen’s hit, Born in the U.S.A., emphasizing the fact that U.S. Latinos are Americans, for the most part. While many of us have strong ties to immigration (i.e. immigrant parents or grandparents), according to PEW research, since 2000, the majority of Latino population growth in America is by birth rate. The majority of Latino immigrants in America are documented, with the percentage of undocumented Latinos decreasing.

Unfortunately, Latinos are still heavily stereotyped as embodying the negative aspects of immigration, including crimes committed by undocumented “criminal aliens”, exploiting social welfare, and unwillingness to assimilate. These twisted ideas have been exacerbated and used as a political weapon in this heated political climate. This has led to increased harassment against Latinos, such as Latinos with legal status being arrested and illegally held in ICE facilities, including Puerto Ricans.

As a Latina I’m proud that these women used their platform to elevate the Latino image through their incredible talent and hard work. My hope is this halftime performance will be the beginning of more inclusive entertainment, highlighting the beauty and strength of Latinos and our culture.

Latino talent who performed the National Anthem for the Super Bowl: