Tales From The Hood 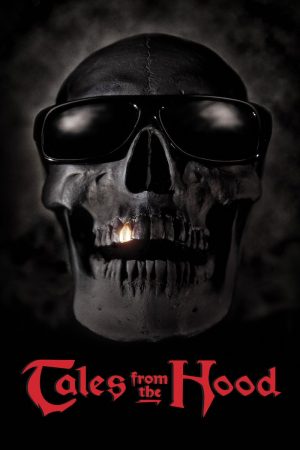 Frida After Dark commemorates the 25th anniversary of Tales from The Hood with screenings of the cult horror anthology classic.

Three young drug dealers go to the local funeral home to purchase drugs from Mr. Simms, an eccentric mortician. As Mr. Simms leads the unsuspecting crooks to the drug stash, he regales them with stories of his newly departed patrons. The dealers become impatient but the mortician goes on with stories of increasing strangeness.

A unique experiment in anthology-style horror, Tales from The Hood combines supernatural elements with striking commentary on urban issues.

“One of the smartest genre offerings of the era and, quite possibly, the best anthology of its decade.” – Dustin Putman, TheFrightFile.com

“If Get Out is about the way racism now hides behind America’s grinning, faux-liberal facade, Tales is about how poverty and ignorance are causing young black men and women to rage war against themselves.” – Chris Alexander, Alexander On Film